This Terminal tip will display a notification, in the dock, every time a new song begins. Input the following in Terminal:. Please note that all these tips have only been tested in Mac OS Your email address will not be published.

Save my name, email, and website in this browser for the next time I comment. Here are some of my favorite tweaks easily done in Terminal: 1. Change default PNG format for screenshots I take a lot of screenshots, and sometimes I want to save them in a different format.

Save screenshots to another folder My desktop is already messy, so I like to save them in another folder, like my Pictures folder. Disable drop shadows in screenshots When taking screenshots of individual windows, there is a nice drop shadow added by default. I have network, CPU, date, disk and battery running. I haven't tried mix and matching to see which might be causing the problem.

I have seen this memory leak when I was using 2. I fiddled around with the various monitors to try and figure things out. It's not enough to just use or not use some of the monitors. For example, the rate of leak if it happens for a particular monitor can be different depending on the display style you choose for that particular monitor. 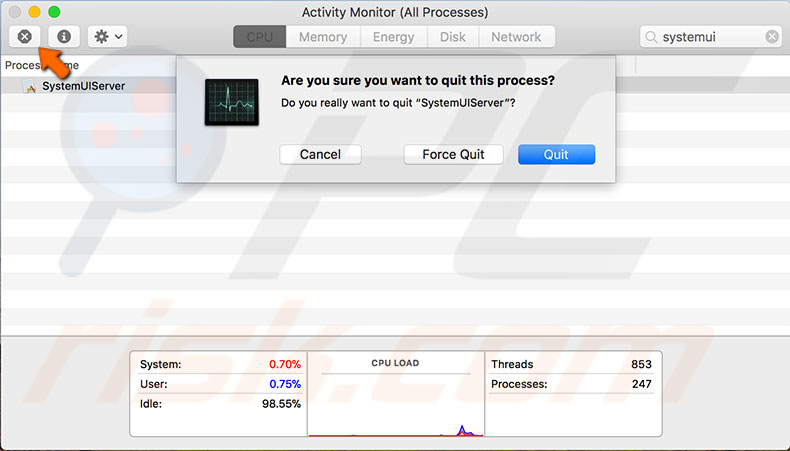 Using a percentage display for CPU vs using the history histogram. Since going to 3. The computers used for observation are on for as long as possible - years if possible, but with some scheduled down time.

I haven't tested the LaunchDaemon, but I have little doubt it would work -- I found this page googling about SystemUIServer and memory usage, and can happily report that "killall SystemUIServer" does indeed temporarily at least solve my problem. And I was a little astonished to find precisely the answer I needed, written up on the very morning I went looking for it.

When iStat Menus 3 first came out, I tried it and then subsequently noticed my machine became very boggy within a few days. A reboot I know, barbaric would fix the problem temporarily, but it would return. I reverted back to iStat Menus 2 and the problem went away. I've been watching the updates to see if they have fixed any performance issues that would be related but haven't seen anything. Your problem and fix sounds like the same thing, but my trial version of 3 has long since expired. With the latest version, I've had no problems with memory usage.


Currently using I've not noticed it slowing anything else down either. Obviously the ideal would be for Bjango to get on the case and fix this bug. Did you report it to them, name99? Not everyone leaves their computer running for weeks without rebooting. Don't forget to send them evidence that the leak is from iStat Menus, not one of the built-in menu extras or another third-party SystemUIServer plug-in or application's status item.

Just because you're seeing a leak doesn't mean they would be. I currently have a 28 days uptime; and the SystemUIServer requires 8.


I don't use iStat, obviously. Perhaps you should try an alternative, like MenuMeters.

I, too harbored deep suspicions about iStat 2's resource usage, but version 3 seems to be much better behaved, so I have no regrets paying for the upgrade. The thought of a 16GB iMac makes me drool.

My current uptime is 36 days and SystemUIServer is using only 53MB of real memory, which seems reasonable with all the other menu thingies I have it's a constant struggle weighing their relative merits against available screen space. But I'll keep this hint in mind if I see it creeping into the stratosphere. I like easy fixes.

What is SystemUI Server - Apple Community

I ran into the same problem a few months ago. I noticed that my laptop wasn't waking, and I would resort to power cycling my unit. I let my unit sit for a couple of hours with the lid open, and the OS finally came back. What worked for me was to: put my unit in target mode, mount it on another computer, and remove all of the cache contents. Some people have complained about my blaming iStat menus for this.

As for what's causing the hang, that can require some digging. Have you made any changes to your system recently? A new one will be created, but you'll still have the old one on your desktop to put back so that you don't lose your settings if you don't see any changes.

OK, I removed the SystemUIServer and almost immediately it came back and appeared in red and next to the name it says not responding.

I also tried moving the com. I didn't have any of these problems before I installed the Now I can't restart or shut down the computer without holding in the power button. I also cannot place the mouse on the menu bar near the bluetooth, volume control or time machine icons without immediately getting the beachball. I have lost all control of my wireless mouse and can't even access the bluetooth through system preferences.

What a mess! I am lost here! I think I found the problem. I unplugged the multiple USB hub and everything was fine. Turns out it was the bluetooth plug for my wireless keyboard.